What happened to our understanding of strength?

What happened to our understanding of strength?

Strength without violence is the only strength. The other one is weakness.

Derivatives of this weakness are corruption, and dogmas which both feed on oppression and secrecy. And both are tools to control, fueled by fear.

Therefore, to manage them we need (i) tools to avoid (or get out of) our fears and (ii) transparency. As a bonus, both (i) and (ii) feed each other. And we need to be able to thrive on a  path of patient communication.

Eigenvielfalt training is a way to learn to engage and thrive with diversity & change, which in turns allows for diversity to flourish and become transparent.

A note: Dogmas are centered on an ego that hides behind a "we" that exploits/abuse the "non-we". In this sense, a spirituality/science/culture that welcomes the "other" is not a dogma. One that does not accept the other (diversity) is a dogma. Dogmas are found everywhere in small (at home, peers, work, sports) and in big (religions, nationalism, corporatism) and are a source of great sufferings (both human and environmental). 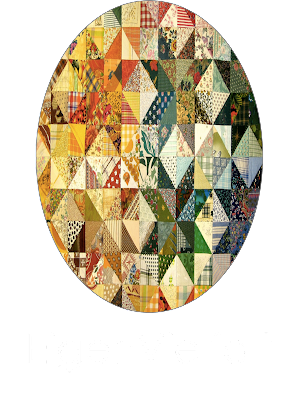 EIGENVIELFALT
Posted by Jacques at 2:14 AM No comments:

That being said, It is sad and destructive to limit oneself to these goals. If you are focused on revenge consider what giving back harm is, the same. Creative cooperation and care leads you to a better self, while giving yourself all the means to achieve it the best way possible. One of those means is Eigenvielfalt training. 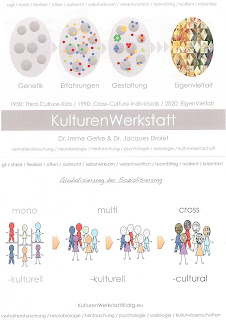 Posted by Jacques at 1:39 AM No comments:

The notion of “Open Stance” refers to the abilities to (i) form an opinion with all facts available and (ii) communicate it with open-mindedness.

With this concept, it is not only a possibility, but it becomes a responsibility for every one of us to take an open stance, whenever we can. Not taking this responsibility leaves an open space, which is gladly taken by those with “Closed stance”.

“Closed Stance” allows anyone to say anything in a closed-minded way. “Closed Stance” is the destructive tool that allows false politicians and executives, populists, extremists, sexists, and an array of other “‘ists” to justify oppression, control, violence, exploitation, and abuse. All leading to individual and societal suffering.

If every one of us live our “Open Stance” whenever we can (after working on it), communication and especially social media contribution will slowly become constructive. Unfortunately, despite all the good stuff it has allowed, social media has become a destructive force as we use it predominantly as a ventil for our frustration. Acknowledging the many life reasons for frustration, a close stance approach will not deliver on what we yearn. Obscene inequalities fed by a false understanding of merit has brought a significant portion of the Gauss to linger in a non-sentient form of frustration, desto the onslaught of Social Media destructiveness. But the corrective for these dystopian inequalities does not lay in vulgar and naive complaints but in a daily patient creative embrace of the “other”, until the “other” is no longer the “other” anymore. Not “A”, not “B”, but “C”…

All what is needed is for you to take an open stance on a thematic of your mindheart. Then the next one will find the courage to do her/is Open Stance. It takes very little courage to do so if you have the tools to live your open stance. The practice of Eigenvielfalt is one of those tools. 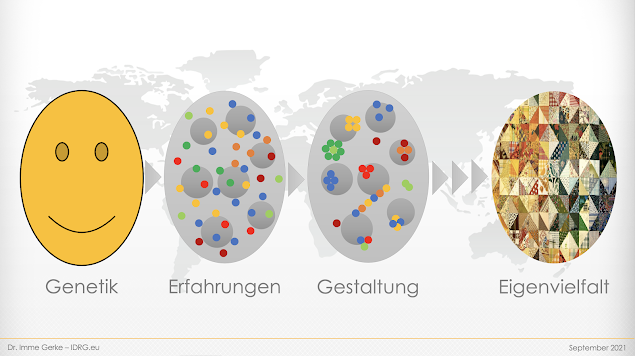 Posted by Jacques at 6:07 AM No comments:

The future world/country management of Covid-19 is an opportunity for practicing ethical Swarmship. The choices are:
i) restrain movements/activities OR
ii) focus on the treatment.
Of course, one tends to say that we need both, but this is false depending on who you are. If you are a parent, your ethical choice is to protect yourself and your children from any risk of contamination.  That is an ethical choice supporting (i), the restriction of movements. If you are a governmental decider, the ethical choice is not the same. By choosing to restrain movement, one brings the economy to slow down significantly, as it has already started. This will be a source of important sufferings and violence worldwide, which by far will go beyond the sufferings associated with 2% mortality caused by Covid-19. By focusing on treatment, you might have the impression that you allow the infection to spread but Covid-19 is so infectious that, similar to Influenza, controlling its spread is not possible, only reducing individual risk of infection (ex. hand disinfection, masks, individual behavioral changes) is possible. IA quarantine might have been possible at the very beginning when less than 100 individuals were infected in one location, but it is by far not possible anymore.

By choosing to focus solely on treatment and individual hygiene, you avoid a significant economical collapse, which is in itself positive for health globally. The issue is that it takes political courage to take this ethical choice, and most politicians do not have that political courage as their very existence depends on being liked. Nevertheless, the ethical question is should one be seen as trying to stop a virus that will cause 2% mortality but as a collateral generate an economic collapse, which will cause far more damage that a 2 % mortality or should politicians focus on treatment and personal hygiene? Politically speaking, not having done everything to stop Covid-19 spread might be seen so politically incorrect, especially by those who will be directly or indirectly affected by family’s and friend’s mortality. To be able to say “we have done everything to stop the viral spread within our country” is a protection against populism backlash, even if the politicians knew that it was impossible to achieve and that indeed economic collapse was the real threat. As for the economic collapse, politicians will be able to argue that this economic collapse is just a consequence of having tried to stop the spread of the infection and, of course, they will be excused. Yet, the ethical decision is clear. Will it be taken? I very much doubt so, even with all the biological facts, because we are not the fact-based society we like to pretend to be: the lack of management of the global warming crisis comes to mind. Yet, should a misinformed public opinion based on fear be the driver? Should not, but remember we were not able to stop Brexit. The future will tell if this time we learned, or how long it will take to learn.